The annual Tour de Yorkshire cycling race has become something of a sporting phenomenon not just within Yorkshire – where it is watched by people lining the route (2.6m in 2018; the largest spectator event in the UK according to The Times) – but nationally live on ITV, and internationally live across 190 countries on Eurosport.

To piggyback the publicity surrounding the race, we proposed a PR stunt to our client Trinity Leeds: an eye-catching, 31-metre yellow bike on the glass dome of the shopping centre. 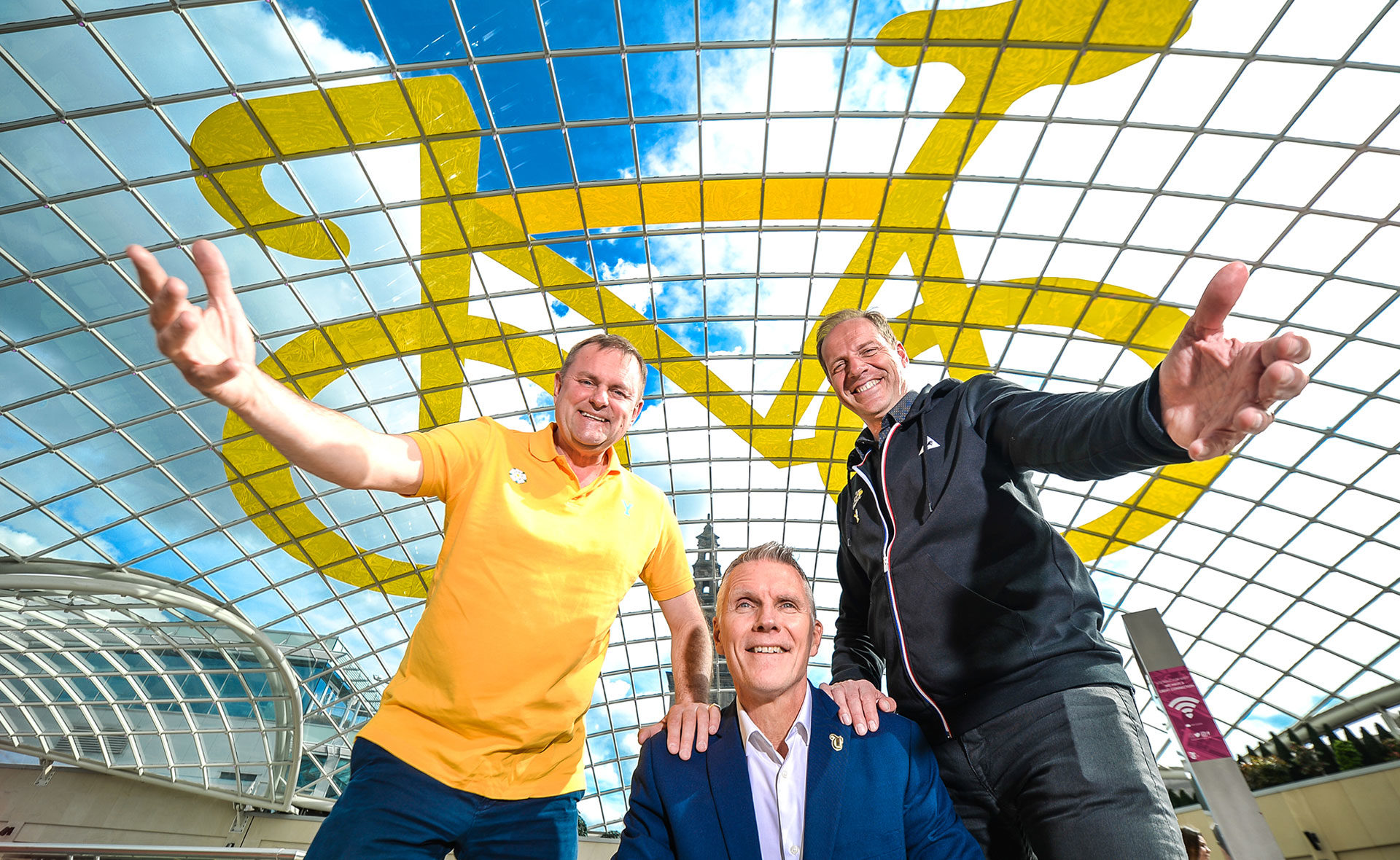 We commissioned Sand In Your Eye to turn our idea into a physical reality, creating a giant jigsaw of over 100 pieces of yellow sticky-backed vinyl. The five-day build was captured on time-lapse video whilst a CAA-licenced drone pilot filmed aerial shots of the finished design. Branded ‘selfie spot’ floor vinyls were fixed to the four best selfie vantage points within Trinity Leeds. 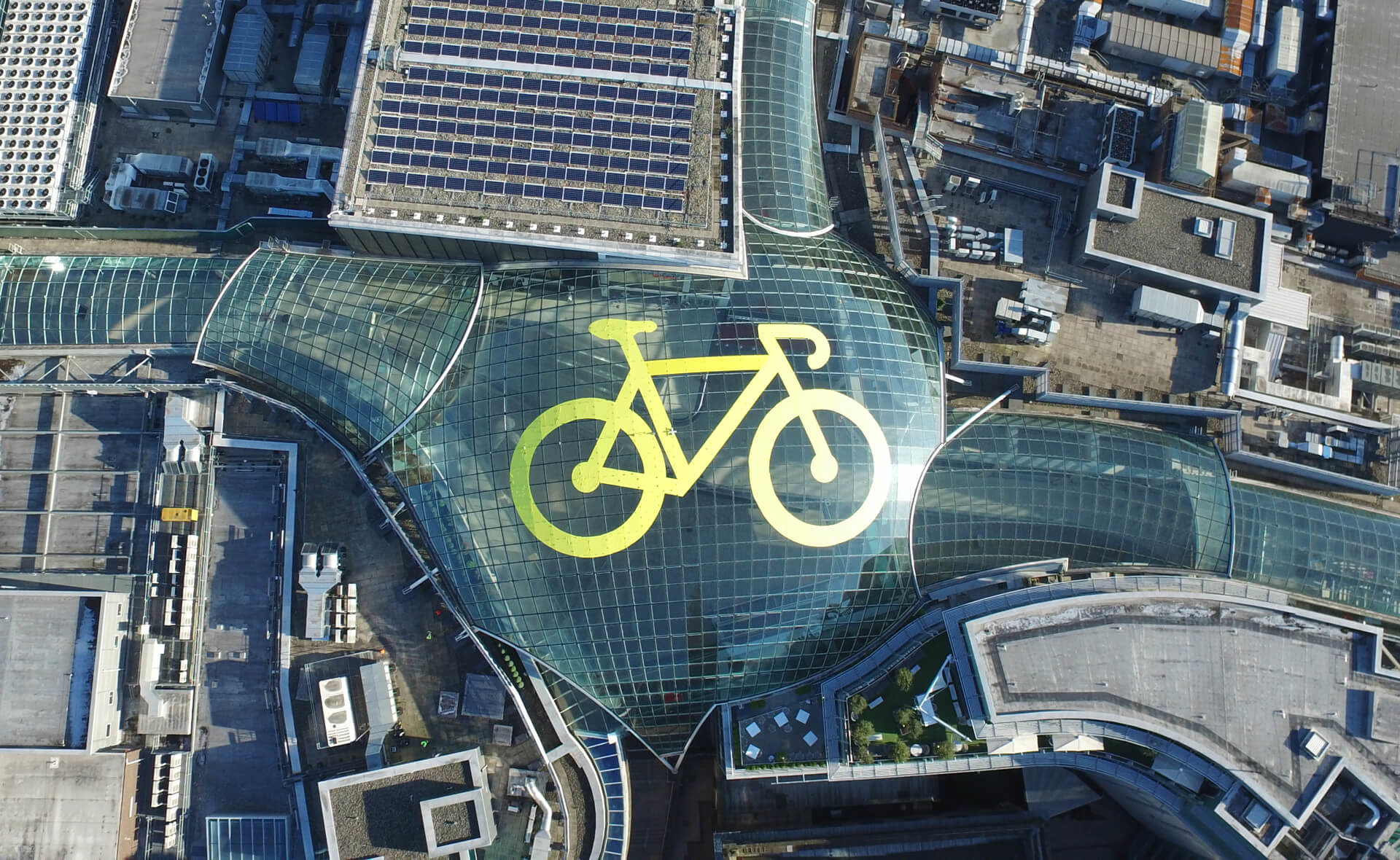 The campaign generated 31 pieces of coverage across print, online and broadcast, dominating coverage in the Yorkshire region. It was used on six different TV stations (four used our pre-filmed drone/time-lapse footage) as well as BBC Radio Leeds, Radio Aire and Capital. BBC also used photos and video online as well as on their social channels.

It generated a page 3, full-page picture story in the Yorkshire Evening Post and a half-page picture lead in the Yorkshire Post. It was picked up widely across the regional media and trade coverage in Shopping Centre magazine, Retail Gazette and Retail Times. The PR stunt was also featured on ITV’s Good Morning Britain.

Week-on-week footfall was up 2.4% following the unveiling of the bike on the roof at Trinity Leeds.

Awarded ‘PR Stunt of the Year’ at the PRMoments.com Annual Awards.