The rise of social media as a communications tool has given sports fans across the globe access to sports stars the likes of which we have never previously seen. It has produced positive moments, such as Ipswich Town footballer, Tyrone Mings, who helped a financially stricken fan out with tickets, see snapshot from this conversation below. We have seen sports stars able to engage in healthy debate and conversation, however, it has inevitably led to controversies, which begs the question: Can you realistically expect a group of players or a whole club infrastructure to adhere to set rules on social media? Especially given the personal nature of social media sites. Does controlling the output affect its overall worth? Will this limit what should ultimately be one of the biggest changes in the fan and player relationship dynamic  in decades. Many fans long for the days when their local heroes were idols with whom they could relate, local lads done well seemingly so different from today’s image of the overly-pampered sports star.

For the sake of this blog, we need to put aside the monetary value of the individuals in question and instead think more in terms of exposure and influence.

Why do we need social media policies in sport? 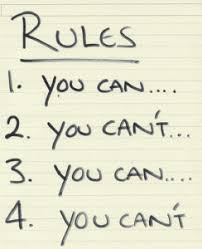 Modern day sports such as football, rugby, cricket and American Football are multi-billion pound industries, individual sports teams themselves can generate vast incomes and their primary function is to operate as a business and not as the community asset they were originally conceived for.

Large businesses in other industries go to great lengths and expense to protect their brand image, Coca-Cola for example spends almost $3billion annually promoting itself. They often act swiftly to negative comments made by staff on social media, if an employee is seen to be damaging the company’s reputation there are systems and guidelines in place for disciplinary action, whereas in sport there seems to be a lack of structure in place when such a situation arises.

This begs the question why, when their stars are their greatest commodity, do sports teams seemingly have no guidelines, training or policy in place? It’s true that some organisations like The FA have started to take on the issue, as Sean Walsh of the excellent Digital-Football.com writes:

“In 2012 we saw major sporting bodies like The FA and the Premier League release Social Media guidelines to their players as a way of trying to combat the increasing controversies and mistakes made by players – which inevitably lead to bad press. Whilst this is a positive step, it has to be combined with a robust dose of education. Policies and guidelines are only ever effective if the people they are given to actually read and understand why, what and how to use them. Sports teams need to ensure that their staff are properly educated with training sessions and understand both why Social Media is important and how when used properly what the effect can be for matchday tickets, after-career prospects and sponsorship.”

The need to have rules and regulations for social media is the same as it is for any other communication form, not only does it protect the business and the brand, but it also serves to protect the players from quite often, themselves.

Having a standardised document that everyone reads, signs and understands is of benefit to all those involved in the sports industries. Furthermore it’s important to highlight sport stars and athletes who deviate from the agreement, this of course will happen, even the most simple and well understood social media policy will eventually be broken. When it does, the response needs to be quick and the punishment consistent.

A recent example, footballer Joey Barton, the Marseille midfielder, found himself in trouble for calling PSG defender Thiago Silva an “overweight ladyboy” and has since been summoned by the French Football Federation to answer for his actions. As the case is still pending, time will tell what action takes place, but this is clear evidence that social media is entering an age of constant monitoring and major teams and governing bodies can no longer be passive, as sports communication professional Steve Woodgate says:

“Introducing a social media policy should be the first big step in addressing online reputation management and it can’t be stressed how important this step is. If anyone steps out of line, they should be duly punished. And in the same way that they would be if they spoken out of turn to the press.

“Doing nothing about the use of social media is no longer an option.  Corporate communicators and senior managers need to act now before more of its sports people become ineffective and before it has significant effect on corporate reputation.”

Social media channels present a major opportunity for the sport industry, it is a chance to build upon the relationships they already have with the community and the fans. Teams have started to broadcast major announcements via Facebook and Twitter and take control of their own news, ensuring fans receive access to information from themselves, rather than a third party such as the BBC. That is just one of the positive aspect we are starting to see from clubs using social media and is why action must be taken to ensure that social media sites don’t become a negative. Time will tell how ,The FA for example, change and modify their rules and what effect this has, for now I think we just need to take Joey to one side.

Read more on this subject from:

Guide to the policies of sports governing bodies – ESPN here